Following the discussion in the NCx500 review thread, I was curious how my PMA-NC252MP amplifier based on NC252MP module would perform in a bridged configuration. Original Hypex datasheet allows for this configuration, as we can see in the following part from the datasheet:

It declares 400W/1kHz/4ohm at THD 1% peak power. So I have configured my PMA-NC252MP exactly according to the datasheet scheme and started measurements. I would add that my amplifier has huge heatsink and there should be no problem with thermal management.

Let's have a look into my "audio kitchen", this is my measuring place: 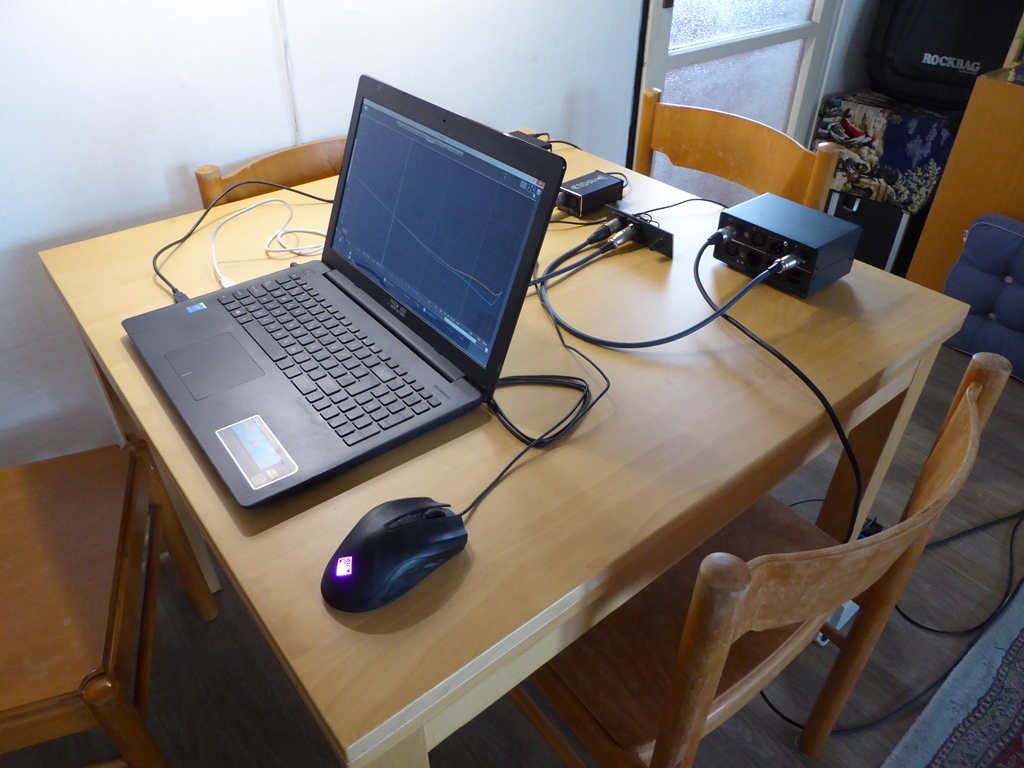 This isolation transformer for the PC breaks possible loop through mains supply: 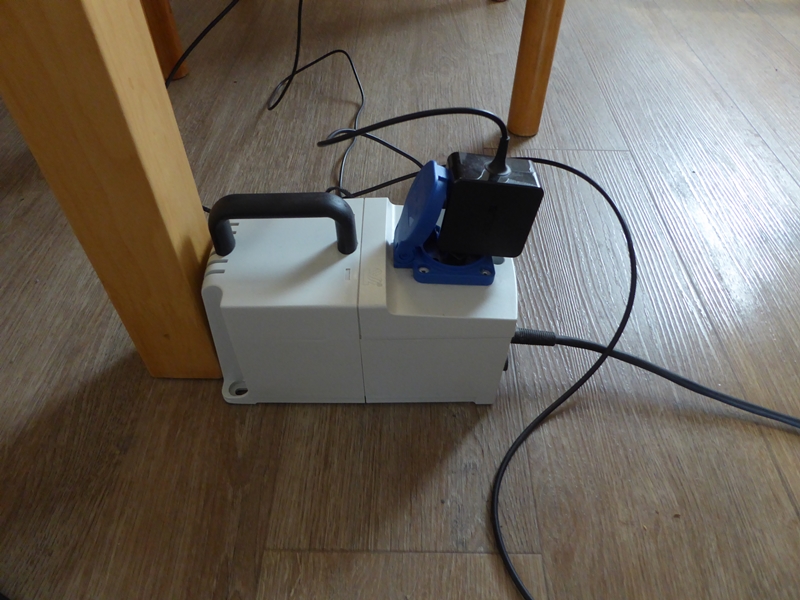 and finally this is my PMA-NC252MP amplifier configured to BTL load: 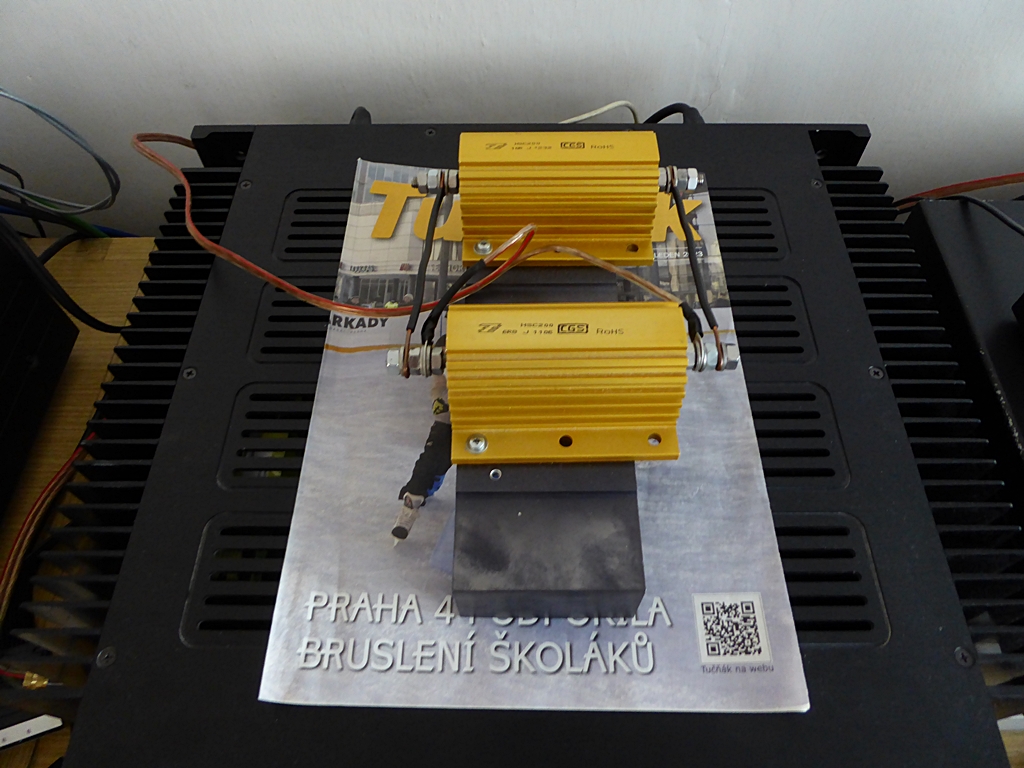 First, I have to say that the amp was doing quite well in the BTL setup. It was able to get 400W/4ohm at much lower distortion than 1% - you will see later. At about 430W/4ohm, the current protection was shutting down the amp, but immediately after lowering the output power it started to work again.

I have measured THD and THD+N vs. power and vs. frequency, into 4ohm load, at 1kHz and 6kHz, with 45kHz measuring bandwidth. I use LC filter before the ADC input and this filter has -3dB cut off at 30kHz, and the slope is -40dB/decade.

First, THD and THD+N vs. power at 1kHz/4ohm and 45kHz measuring BW

I have made 2 comparative measurements of distortion in "normal" single-ended NC252MP mode vs. bridge-tied BTL mode. One is THD vs. output power at 1kHz/4ohm, the other is THD vs. frequency at 100W/4ohm (SE) and 200W/4ohm (BTL). We can see that distortion slightly rises in the BTL mode, but stays low and we get about twice more power. But, one should be careful, load should not be lower than 4 ohm in the BTL mode.

I find the results very good. NC252MP was doing well in my test, also for the reason that it is very well cooled by large heatsinks. 4 ohm BTL operation works, with purely resistive load, however one has to be carefull.