Capacitors are one of the basic passive elements R, L, C. Though inductors are not so often needed in our electronic circuits, resistors are mandatory and capacitors are frequently used as bypass supply capacitors, in signal paths as coupling capacitors and in filters. 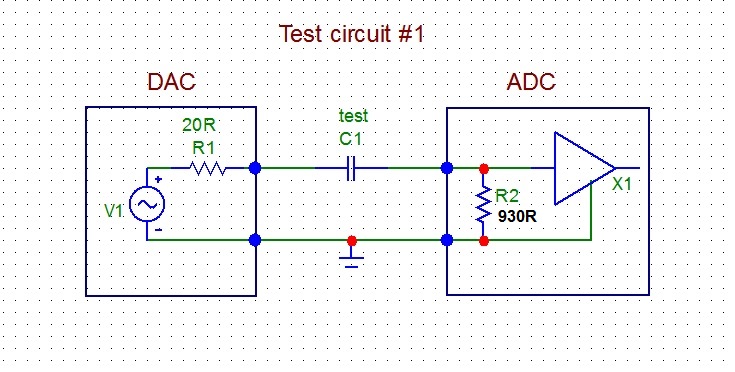 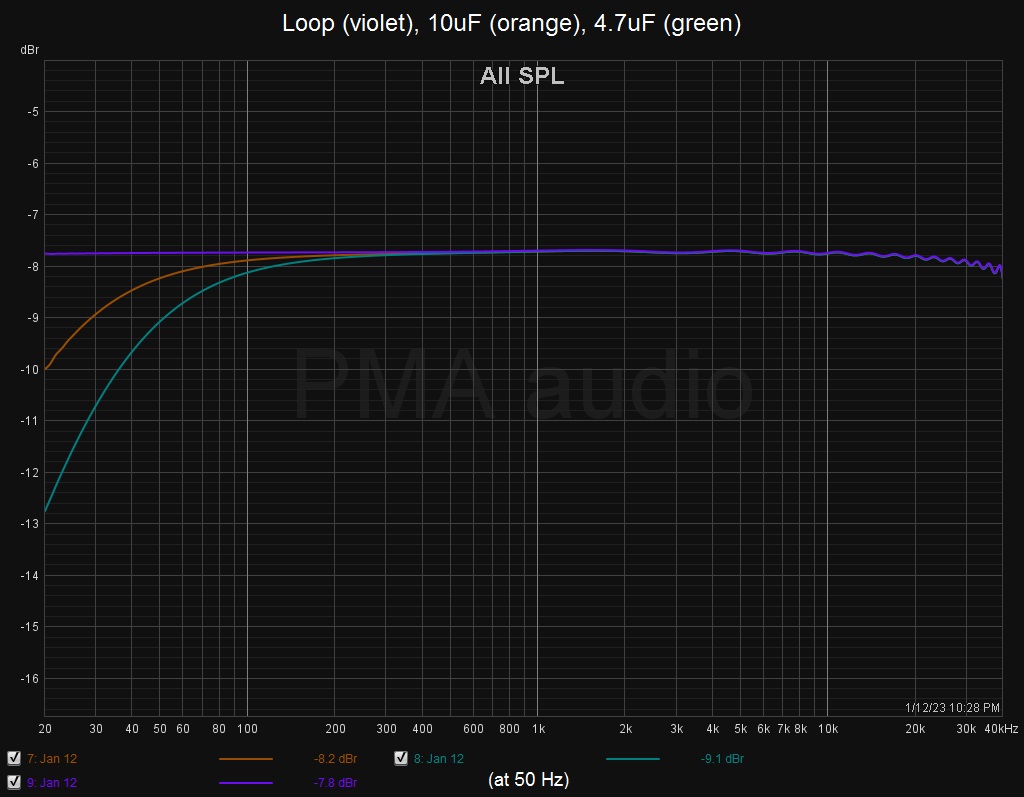 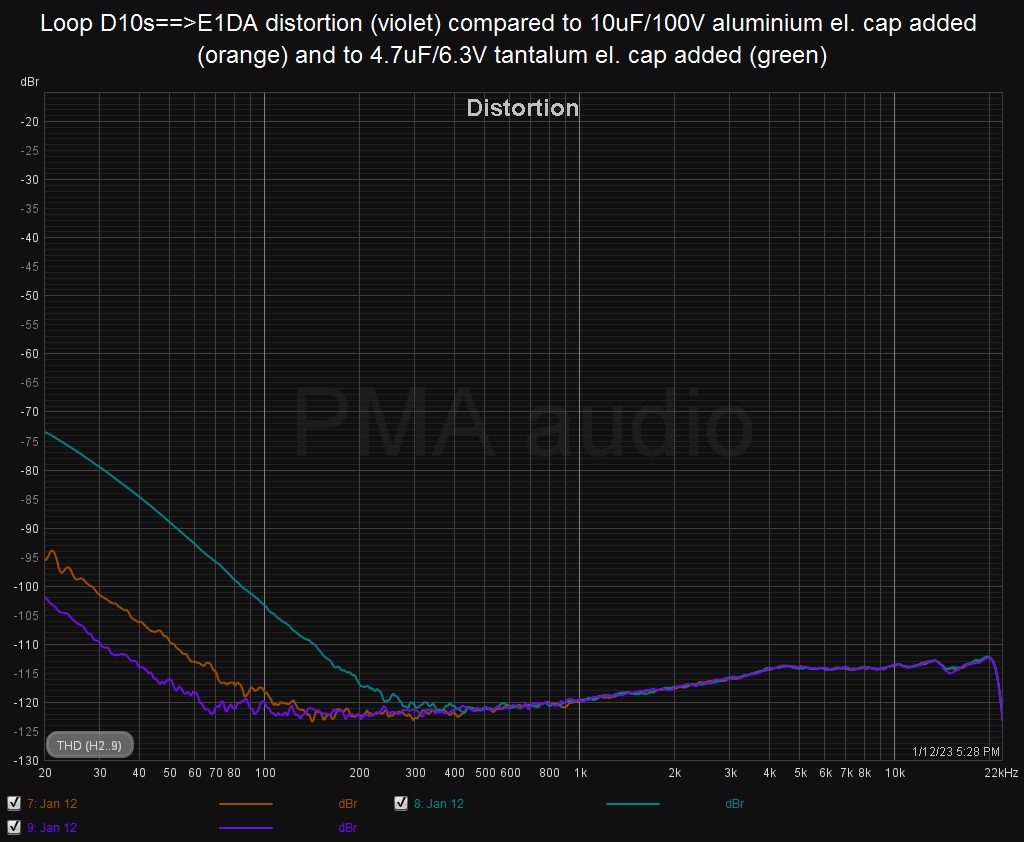 We can see that both electrolytic capacitors add low frequency (LF) distortion, which starts to rise below 300Hz with the 10uF aluminum capacitor and below 150Hz with the 4.7uF tantalum capacitor. But we can also see the rise of LF distortion below 70Hz for the DAC-ADC direct loop, which is most probably a result of input ADC electrolytic capacitor distortion, because the input impedance of the 1st opamp in the ADC is quite low.

In the previous test (#1) the capacitors under test were loaded by quite low input impedance of the ADC, 930 ohm. Let's allow much less difficult load of the same capacitors. It will be 100 kohm instead of previous 930 ohm. For this reason, Audio Buffer with 100 kohm input impedance, 50 ohm ouput impedance and gain = +1 is inserted into the measuring loop as a capacitor load. Please see Fig.4.

Again, THD vs. frequency was measured and the capacitors under test were:

The test voltage was 1.7Vrms. The result is shown in Fig.5. 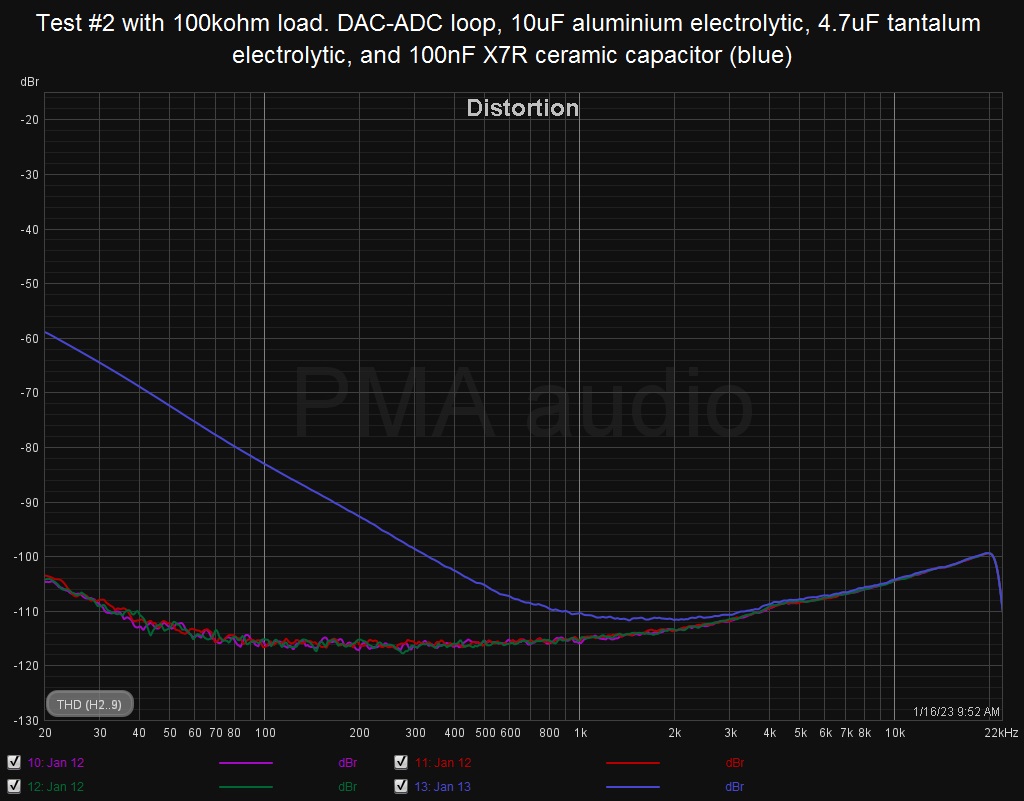 We can see now that with the light load of 100kohm, the distortion plots of the loopback and 10uF and 4.7uF capacitors do overlap. The only exception is distortion plot with the 100nF X7R capacitor, which shows high LF distortion, starting as soon as below 1kHz, though the CR filter -3dB corner of the high-pass (100nF+100kohm) filter is at 15.9Hz. Please avoid high K ceramic capacitors (like X7R) in the signal path!

In Fig.7 we can see THD vs. frequency distortion plots for both capacitors, at 0.9Vrms from Audio Buffer output. 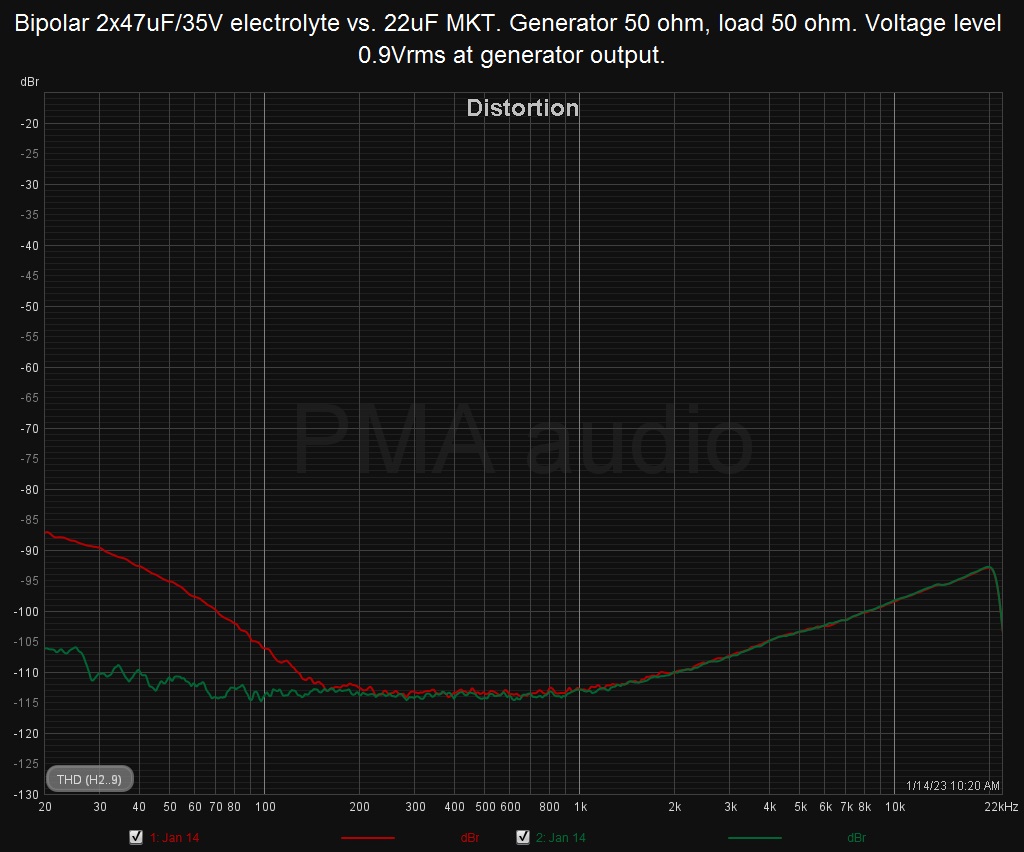