I have decided to build a new class AB amplifier, that would be simple enough but would have parameters good enough and some power for a common home listening conditions with average speakers, 85 – 90 dB/W/m sensitive. I did not want to make a complicated SOTA design, and also wanted to utilize my nice power supply with a 300VA double secondaries toroidal transformer, which has quite a low output voltage. With this transformer I get 2 x 25Vdc supply voltage, with separated windings for left and right channel rectifiers and filters, which eliminates loop issues.

The amplifier circuit is based on a 50 years old Sinclair Z-30 topology, however considerably modified to better output devices (MJL21193/94) and with highly improved PSR by new input differential stage CCS design. The goal was to get more than 100W/4ohm, so the bridged concept was used as the only possibility with only 2 x 25V power supplies. Bridged amplifier has some special properties like cancellation of even harmonics distortion, cancellation of CMV supply ripple components and no pollution of signal common (ground) by speaker currents. It also has 4 times higher output power than the same single amplifier operated with the same power supply voltage. As of cons, output devices have to handle 2x higher output current and output impedance is 2x higher compared to a simple amplifier. Complete schematics as follows:

Fig.1. Schematics of one channel of the POWERSYM amplifier

The schematics is complete, only supply rails bypass capacitors are not shown. R10//C11 (load) are for simulation purposes only.

The amplifier must be driven from a preamplifier with a balanced output, to get full power. 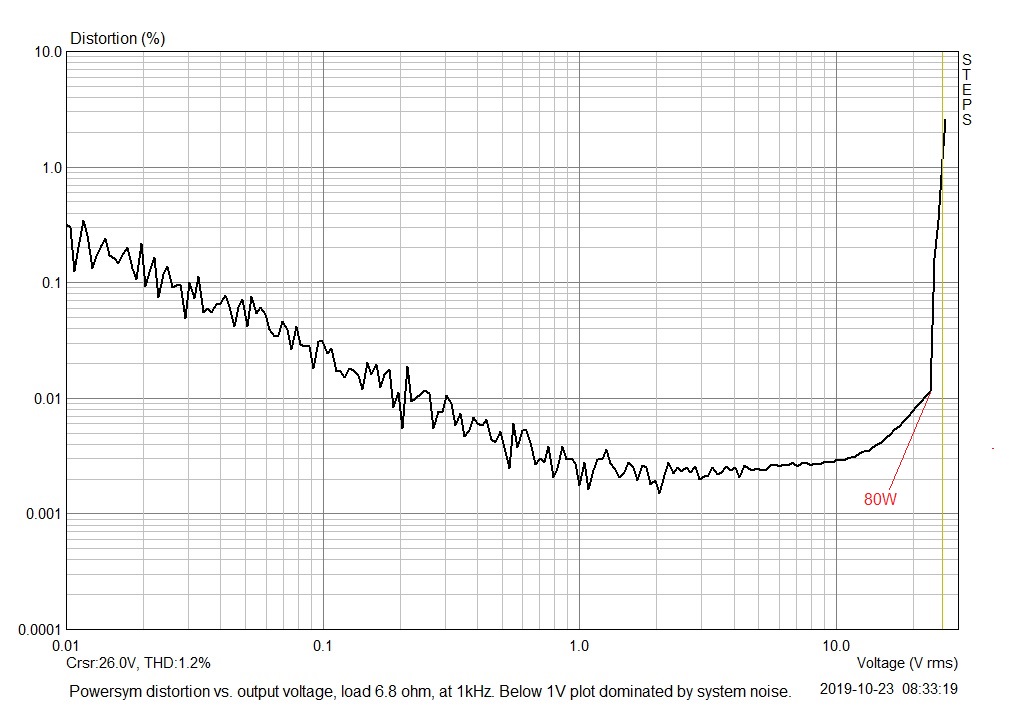 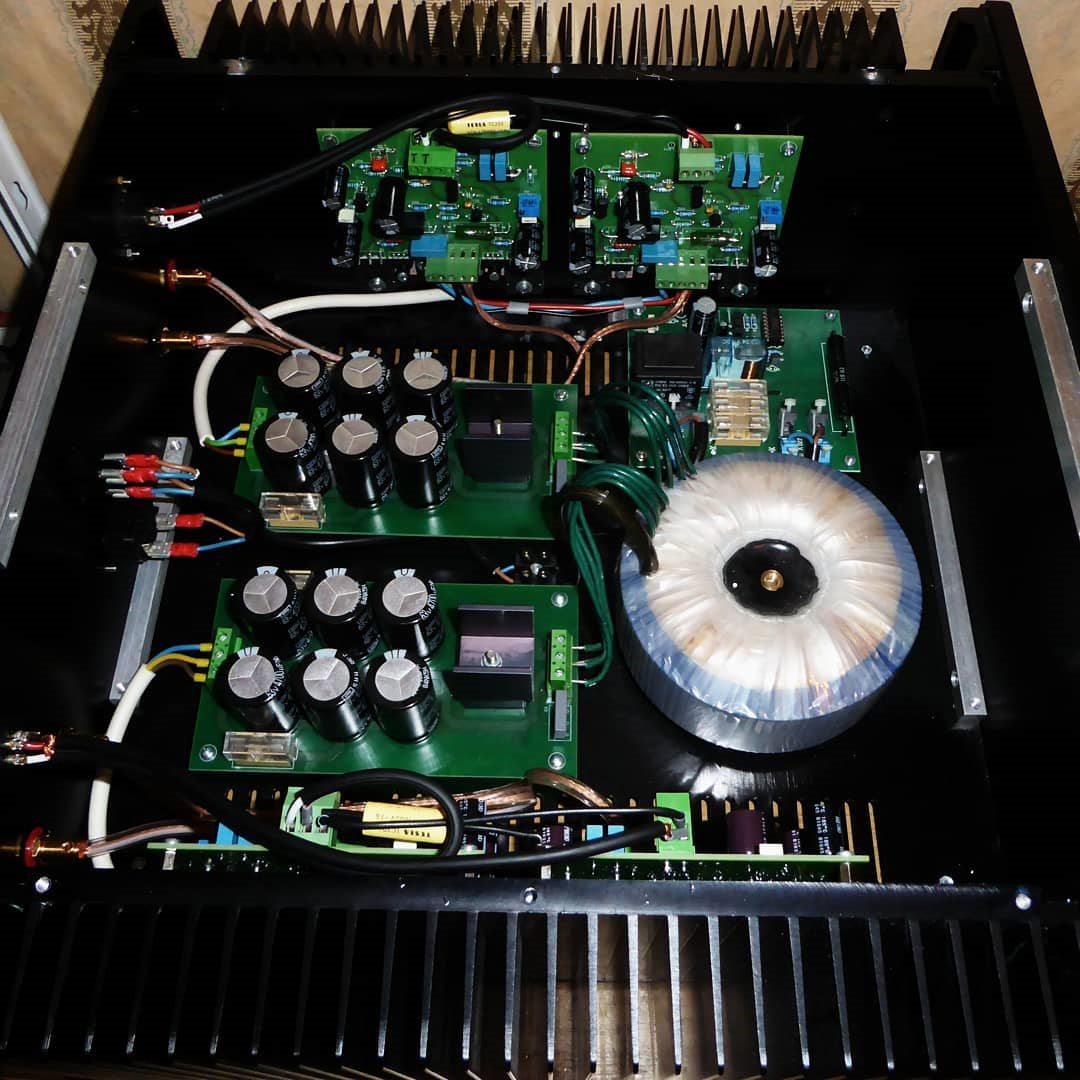